Yup, tomorrow I’m leaving London “for good”, or at least the foreseeable future. I got two bags alá 20 kg ready to go.

I’m in general not a sentimental person. Terrified of change, yes, but not particularly sentimental. I won’t miss the flat we live in; it’s tiny and has an odd shape. I won’t miss the car alarm that goes off roughly 3-5 times a day, 24/7, outside our window. I won’t miss the pimps and their customers, or whatever they are, scaring the SHIT out of me by ringing our door bell everywhere between 8 pm – 4 am. Apparently there’s a travelling brothel in the neighbourhood, which is not quite like a travelling circus. If I had to stay here any longer I’d do a Sebastian Horsley and put up this sign: 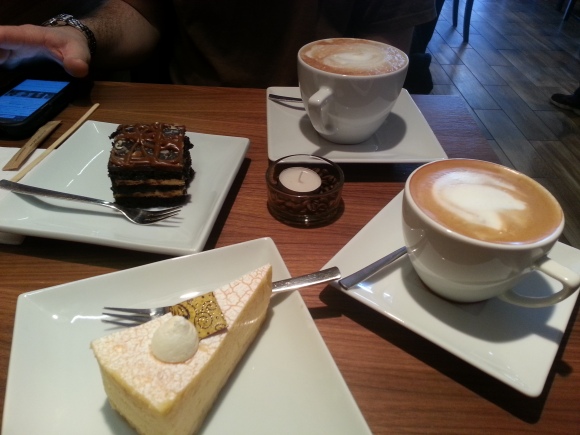 The wine is called the Hedonist. We bought it because it had a pig on it and we had already tried the one with the cat on it.